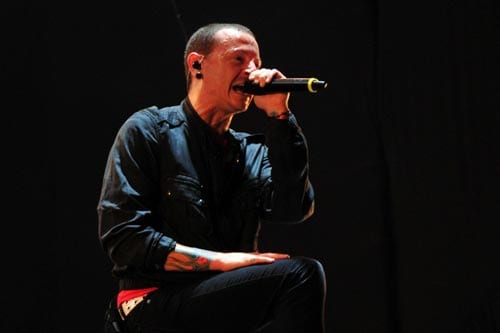 The Linkin Park frontman was believed to be suffering from depression and had long struggled with drug abuse. In a candid interview with The Guardian in 2011, the vocalist spoke of his personal experience with childhood abuse. He said, “When I was young, getting beaten up and pretty much raped was no fun. No one wants that to happen to you and honestly, I don’t remember when it started…My God, no wonder I became a drug addict. No wonder I just went completely insane for a little while.”

Linkin Park formed in 1996 and would become one of the most successful rock bands of the early 2000s. The band sold 30 million copies of their debut album Hybrid Theory (2000) worldwide; an album that would bring alternative music into the mainstream and would help inspire a new metal subgenre: Nu-metal.

Linkin Park expanded their fan base with their track Numb/Encore; a mash up of Linkin Park’s Numb and rapper Jay-Z’s Encore. The song featured on album Collision Course (2004) and won a Grammy for best rap/sung collaboration.

Band mate Mike Shinoda tweeted: “Shocked and heartbroken, but it’s true. An official statement will come out as soon as we have one.” – @mikeshinoda

Chester Bennington’s death has sent shock waves through the music and entertainment community and many have since flooded twitter with condolences and messages of love:

“I am in tears. Chester just told me how happy he was…..He was such a sweet and talented man…..I feel so sad for his family, band mates and fans” – @NikkiSixx

Chester Bennington was a close friend of Soundgarden frontman Chris Cornell who took his own life earlier this year, May 19. He penned a heartfelt open letter to his friend in response to his suicide. “I’m still weeping…You have inspired me in many ways you could never have known. Your talent was pure and unrivalled. Your voice was joy and pain, anger and forgiveness, love and heartache all wrapped into one.” He continued, “I can’t image a world without you in it. I pray you find peace in the next life.” These words are more poignant now in the wake of Chester Bennington’s death than ever.

Linkin Park had released their latest studio album One More Light in May and were due to begin their upcoming tour in Boston this Thursday.

Linkin Park frontman Chester Bennington is survived by his wife and six children.