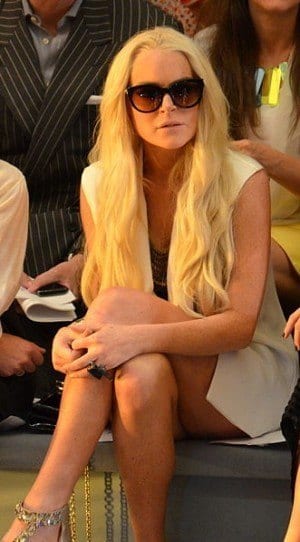 Lindsay Lohan is outraged at accusations of a hit-and-run.

Lindsay Lohan only has two weeks to go until her probation effectively ends- but is she getting herself into more trouble?

Lindsay Lohan has been accused of grazing a man’s knee with her Porsche, then driving away in the early hours of Wednesday morning.

The man allegedly told police at the scene that he didn’t need medical attention but went to the emergency room hours later. It has also been alleged that the man made claims about a hit-and-run after he found out who was driving the car.

Lindsay Lohan refuted the claims in an extended Tweet.

“Scrape? This is all a complete lie. I’ve been at community service. Last night, I attempted to wish a friend happy birthday, which I didn’t even get to do because I was freaked out by all of the paparazzi. These false accusations are absurd.”

Lindsay Lohan will appear in court March 29 for her final probation hearing. Her publicist has said that they are confident the matter will be cleared up in a few days, but more legal troubles could prolong a Lindsay Lohan comeback.

Lindsay Lohan, can you just take it easy for a couple more weeks?