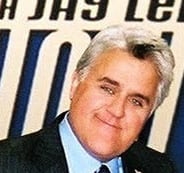 Jay Leno, host of NBC’s “The Tonight Show,” takes a pay cut in order to save staff jobs

Jay Leno, host of NBC’s The Tonight Show, volunteered to reduce his pay if it meant that some staff jobs would be saved.

Leno’s current salary is between $25 million and $30 million. After the pay cut, his new salary is thought to be reduced to around $20 million. Bruce Bobbins, a spokesperson for Leno, says that “He did what was necessary to ensure their well-being.”

Despite Leno’s substantial pay cut, at least 20-25 employees have already been laid off of The Tonight Show. Other senior staffers of the prime-time show have also accepted reduced pay. About ten percent of the roughly 200 people employed by The Tonight Show have been affected.

Although the show has had reliable ratings, the budget of The Tonight Show is also experiencing cuts. The previous budget stood at about $2.3 million and is said to be reduced to approximately $1.7 million. NBC aims to move the show from prime-time to a cost structure indicative of late-night programming.

Despite these changes, viewers shouldn’t notice any significant differences in programming on The Tonight Show.

Previous ArticleLisa Whelchel of "The Facts of Life" will be on "Survivor: Philippines"Next ArticlePrinceton Review ranks top party schools and "stone-cold sober" schools