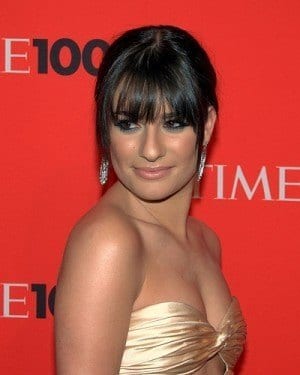 It has been confirmed that the Glee star, Lea Michele, is not pregnant despite rumors that she showed a baby bump. The rumors stemmed from a picture that showed Michele wearing loose-fitting clothing and carrying a large purse—a strategy many celebrities utilize to cover up any signs of being pregnant.

The picture allegedly showed a baby bump, which quickly got people talking. It seems these days it’s easy to confuse a baby bump with a big lunch.

Lea Michele took to Twitter to shake off the speculation. The Glee star happily tweeted “My first fake pregnancy rumor! I’ve finally made it!” Glee creators can breathe a sigh of relief that the Lea Michele’s character, Rachel Berry, won’t be sidelined for upcoming seasons.

Michele’s on screen and off screen boyfriend, Cory Monteith, should be used to the pregnancy scare seeing as he dealt with one on the show. Don’t worry, you’re safe yet again, Cory. The pair have been romantically linked off-screen since February 2012.

Glee is currently in its fourth season, with Michele and Monteith’s characters separated after Rachel left Lima, Ohio for a performing arts school in New York City.