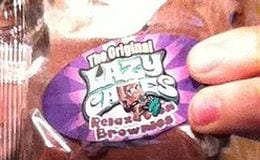 The Food and Drug Administration recently issued a warning that Lazy Larry relaxation brownies are unsafe for consumption due to the high volume of melatonin, a hormone that plays a role in sleep regulation, found in them.

Lazy Larry brownies, formally known as “Lazy Cakes,” are meant to help adults “wind down and relax,” according to the product’s website, and the presence of melatonin in them is key to achieving a relaxation state.

Melatonin is considered an unsafe food additive by the FDA because it can cause the central nervous system to slow down and lead to labored breathing, according to Anna Rouse Dulaney, a toxicologist with the Carolinas Poison Center. But it is widely sold in tablets as a dietary supplement according to NPR.