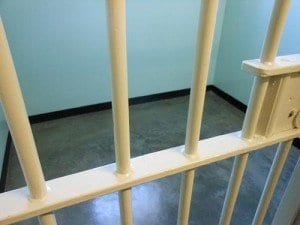 Justice is finally served after these landlords terrorized their tenants

The authority-dubbed “landlords from hell” are currently in jail after pleading guilty to felony charges of residential burglary, stalking and attempted grand theft. If you’ve ever complained about a tricky landlord, you are not alone. However, you are unlikely to ever encounter landlords like these two.

The landlords from hell, Kip Macy, 38, and his wife, Nicole Macy, 37, attempted to drive their tenants out of the building due to increased prices in their South of Market neighborhood. While prices have recently skyrocketed, city restrictions kept prices down for existing tenants.

This was not acceptable for the landlords from hell. The pair went to great lengths to get their tenants out, and committed a number of crimes along the way. “The actions of these defendants are so outlandish and brazen that it sounds like the plot line of a horror movie,” District Attorney George Gascon said in a statement.

So what exactly is it that the landlords from hell did?

On more than one occasion, the Macys used a power saw to cut holes in a victim’s living room floor while the tenant was still inside.

The couple also consulted a building inspector to figure out which floor beam to cut to make the building structurally unsound. Basically, they wanted the building to collapse. When the building manager, Ricardo Cartagena, refused to cut the joists, the couple did it themselves. Then they threatened to shoot Cartagena with a recently-purchased semi-automatic handgun, as well as changing the locks to his apartment, taking his belongings and destroying them.

On three separate occasions the couple took belongings from other tenants’ apartments, stealing thousands of dollars worth of possessions and destroying them. In one case, the Macys soaked a tenant’s bed, clothes, and electronics with ammonia.

After being indicted by a grand jury in 2009, the couple fled to Italy. They were apprehended in May of 2012 and extradited last month.

The formal sentencing will come in August, and the landlords from hell will be sent to prison for four years and four months.