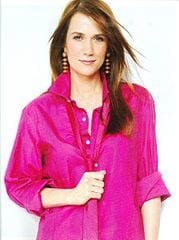 “Bridesmaids” star named “Bro of the Year” by men’s magazine

Kristen Wiig has been pleasing audiences performing on “Saturday Night Live” and in supporting film roles for a number of years, but 2011 was definitely her breakout year, notes the Huffington Post.

Wiig co-wrote and starred in “Bridesmaids”, and while the highest-earning female comedy of all time is about a bunch of girlfriends, the raucous comedy appealed to men as well, launching her into the spotlight and earning her this year’s “Bro of the Year” award.

Jon Hamm, the actor who played her vile hookup buddy in “Bridesmaids”, wrote the dedication for the award.  He praised Wiig’s ability to commit herself to a character, but also revealed that she is “incredibly shy.”

Hamm and Wiig team up again as husband and wife in “Friends With Kids,” which will grace theatres in the coming months.