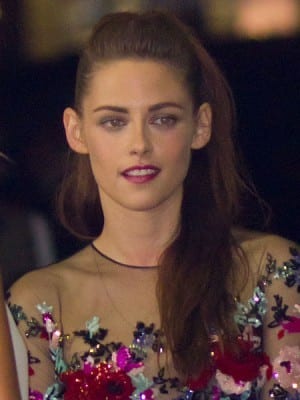 Kristen Stewart is desperate to get a job after ‘Twilight’

Kristen Stewart recently admitted that she is desperate to get back to work and find another job. The actress isn’t looking to take a break now that the Twilight film series has come to an end. Stewart’s role as Bella in Twilight has been her most memorable role aside from when she achieved early fame in the hit drama Panic Room with Jodi Foster.

Twilight has not only shot her to superstardom, but it’s where she met her boyfriend of three years, co-star Robert Pattinson.

Stewart spoke to E! News Monday night saying, “I’m kinda desperate to get a job right now. I’m itching to get back to work.”

For now, she’s focusing all her energy on the release of Breaking Dawn: Part 2. She said, “I feel really good. I’m trying to take in every single one of these moments. I don’t want to miss one.”

Aside from her work in the Twilight films, the 22-year-old also starred in the films On the Road and Snow White and the Huntsman.

It was during her time starring in Snow White and the Huntsman that Stewart created a scandal by cheating on Robert Pattinson with the director of the film, Rupert Sanders. Despite this, she still may appear in the sequel to the Sanders’ movie, According to Stewart, “No one’s positive or anything, but I think there’s a strong possibility.”