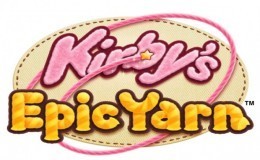 It won’t pose much of a challenge, but it’s a lighthearted delight that gamers of all ages can enjoy

Amidst the tumultuous sea of ultra-violent video games, like “Fallout: New Vegas”, “Castlevania: Lords of Shadow” and “Vanquish”, “Kirby’s Epic Yarn” from Nintendo is a welcome respite, a colorful island of serenity where only tranquility and happiness reside. The first traditional “Kirby” title to appear on consoles since “Kirby 64” in 2000, “Kirby’s Epic Yarn” more than makes up for lost time, treating gamers to a visually rich trip into an imaginative and gorgeous (albeit somewhat bizarre) world of charming innocence and eccentric brilliance.

“Kirby” games aren’t exactly renowned for spinning complex yarns, and “Kirby’s Epic Yarn” is no exception. Kirby finds himself trapped in Patch Land, a dimension constructed of scraps of fabric, buttons, yarn and not much else. Together with Prince Fluff, Kirby must stop an evil sorcerer in order to save the day and return home to Dream Land.

The story is simple, but given its storybook like presentation, complete with a paternal narrator who alters his voice to fit each character, that’s exactly what the developers intended it to be. Children will enjoy the game’s fantasy setting and cute, colorful characters, and even older gamers will have trouble denying the charming way it evokes childhood nostalgia.

“Kirby’s Epic Yarn” plays similarly to previous “Kirby” games, but the biggest change is that Kirby doesn’t gain new abilities by absorbing his enemies. Instead, you’ll have to rely on his whip and his morphing powers to defeat bad guys and traverse obstacles. The whip lets Kirby swing on certain objects and reduce bad guys to coils of loose yarn, and the puffy, pink protagonist can also shape shift into an anvil, car, submarine, parachute and more. There are even occasions that prompt Kirby to morph into more radical objects, like a missile spewing robot or UFO, for a brief departure from “Kirby’s Epic Yarn’s” normal gameplay.

Each level in “Kirby’s Epic Yarn” is littered with beads and jewels that increase your score. Getting hit will cause your loot to scatter, but it’s usually fairly easy enough to recover them. Couple this with the fact that you really can’t die, even in boss fights, and the challenge in “Kirby’s Epic Yarn” becomes nonexistent unless you’re the type who obsesses over constantly besting your last highest score.

In between levels, you can return to Kirby’s apartment and decorate it with items that you obtain in treasure chests. There’s not much of a point to it, but kids (and some adults) will undoubtedly enjoy spending time ensuring Kirby’s pad is properly furnished and wallpapered.

Even though you’ll have little trouble beating “Kirby’s Epic Yarn”, it is still an amazingly fun game to play. Once you begin playing and exploring, it becomes less about clearing the stages and more about just sitting back and appreciating how artistic and beautiful the game is. Each of the levels are expertly crafted, and often half the fun is seeing what new ways the developers are going to implement the game’s textile-based premise into the gameplay.

The levels might not offer a whole lot in terms of difficulty, but a few hours with “Kirby’s Epic Yarn” quickly makes you realize that there’s more to life (or at least video games) than the thrill of competition found in most other titles.

It’s been mentioned several times in this review already, but let’s say it once more for emphasis: “Kirby’s Epic Yarn” is an absolutely gorgeous game. Bathed in bright colors and bolstered by truly ingenious art direction, “Kirby’s Epic Yarn” is one of the most stunning games on the Nintendo Wii. The levels are detailed, the animations are smooth as silk, and the game is so conceptually cute and saccharine that it could make a basket of newborn kittens look downright repulsive in comparison.

“Kirby’s Epic Yarn”, admittedly, won’t be for everyone. If you’re the type of gamer who craves challenge and finds solace in shooting aliens’ heads off in a spray of blood and gore, “Kirby’s Epic Yarn” won’t do much for you, unless you’re looking for a reprieve from your normal gaming diet.

However, if you can appreciate the inherent brilliance of “Kirby’s Epic Yarn” or simply want to play a fun platformer that can be picked up and played by gamers of all ages, embarking on Kirby’s latest adventure will easily be one of the best decisions you’ll make all holiday season.