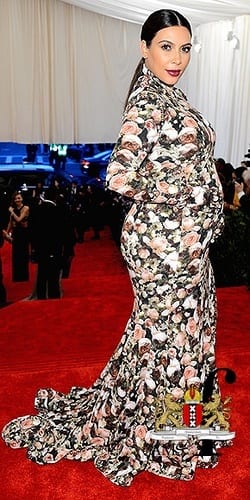 Kim Kardashian, bombshell reality star, announced that she and Kanye West will be having a baby girl this summer. Kim Kardashian made the long-awaited reveal on the season premiere of “Keeping Up with the Kardashians” during which her ultrasound was filmed (because of course it was). Kim Kardashian was surrounded by her mother, Kris and sisters Kourtney and Khloe.

“I’m so excited we’re having a girl,” Kim Kardashian said on the show. “Who doesn’t want a girl? Like, they are the best. I know that’s what Kanye has always wanted, a little girl.”

Kanye West, the notoriously private superstar, was absent from filming. Then again, West has been absent for most of Kim Kardashian’s pregnancy. West has been living in Paris while recording his new album and has only been spotted with Kim Kardashian a handful of times (most of those being when she has made the transatlantic flight to be by his side). Kim Kardashian, on the other hand, lives for the camera and is seemingly always being filmed. The filming of Kim Kardashian’s reality show has long been a point of contention between the couple, as reported by numerous entertainment sites.

Kim Kardashian has not had an easy pregnancy. Amid vicious gossip over her expanding waistline (she’s pregnant guys- you’re supposed to gain weight), a medical scare, an MIA Kanye and legal drama involving her finally-divorced ex-husband, Kris Humphries, the reality starlet has tried to put on a brave face and enjoy the fact that she is about to be a mother.

However, Kim Kardashian and her family are no stranger to scandals (they rose to prominence with the release of a sex tape featuring Kim Kardashian and ex-boyfriend Ray-J), but given the seriousness of the situation, hopefully Kanye West has legitimate reasons for staying away from Kim Kardashian during this delicate time. Either way, baby Kimye is sure to take after her mother in the looks department, but maybe, just maybe, she’ll take after her father and realize that privacy is a valuable commodity.