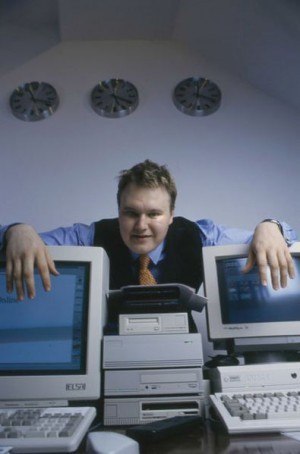 “cost movie makers and songwriters half a billion dollars”

Formerly known as Kim Schmitz, Kim Dotcom could spend six more months in jail as he awaits a trial today to find out whether his bail will be overturned.

Kim Dotcom the computer programmer and businessman is the former founder of Megaupload.com. He is on trial for embezzlement and copyright infringement in relation to the website and is currently on house arrest

As a side note, he was also amongst the top Modern Warfare 3 players in the world but has since lost his position due to his custody.

The Megaupload business domain names were seized and shut down by the U.S. Justice Department. Kim Dotcom was arrested by the New Zealand police, for what the Justice Department called, “a site dedicated to copyright infringement,” claiming he cost movie makers and songwriters half a billion dollars.

Kim Dotcom was amazed by the spectacle police put on with his arrest and even his head of security said “What the hell? We weren’t building bombs in the cellar; we didn’t have a meth lab bigger than the South Island here. This was a normal family house,” when commenting on the damage caused by police.

Since then, Kim Dotcom was released on bail granted he stay within 80km of his Coatesville mansion and is barred from internet use. Judge Dawson, residing on the case, commented on the situation of his house arrest saying Dotcom has, “every reason to stay to be with his family and fight to keep his assets.”

Kim Dotcom told torrentfreak on the day he was released, “It went way too far, it was out of all proportion, we feel that the action taken against us was political.” He will continue to fight the United States case to extradite him on his charges.