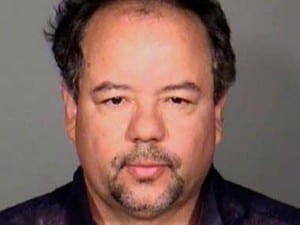 Ariel Castro, the captor, rapist, murderer—has died. He hanged himself in his prison cell yesterday, by way of bed sheet. His death comes only 33 days after the commencement of his 1,000 year sentence, and marks the end of a wasted, trouble-ridden life—devoted to the infliction of abuse on others, or, his indulgence in his most perverse urges. His life has served the sole purpose of the destruction of the lives of others, and this ruination is his most significant offering to the world and history–the undoing of another’s being, the theft of years, the poisonous influence of a mind’s deviance–will be his only contribution to the planet, a mar on its consciousness.

Ariel Castro’s toxicity seeped to its greatest depth within the lives of his three victims, Amanda Berry, Gina DeJesus, and Michelle Knight—victims to his sadistic fancies, recipients of his most atrocious acts, his bereaved abductees.

Kidnapped in their youths, the women suffered under the hands of Castro for 11 years, chained, raped, hit, starved, deprived of any and all basic human rights, all in one unassuming home, the hellish house on Seymour Avenue.

Castro supposedly did not plan to abduct young girls the day he did—he claims it was “out of his character”—a mere impulse. Each girl, between the ages of 14-21, was given a ride home by Castro, lured into his basement, and subsequently shackled and made prisoner.

Each would face unimaginable horrors—Michelle Knight has said she was impregnated over and over again, and each time she was forced to miscarry, through beatings and starvation. Through all of this, Castro maintained his conscience’s innocence, saying, “I’m not a monster,” … “I’m just sick.” He has freed himself from true guilt, blaming his offences on forces outside of his power, detaching himself from his savagery, as he did in his death—ending his life to avoid the horror of his inevitable, merciless remorse.

Unsupervised for a mere 30 minutes, Castro managed to take his own life, hanging himself with the sheet from his bed, suspending himself by the rafters of his life’s culmination—inescapable, inexorable guilt.

His asphyxiation, his self-inflicted snapped neck is the consummation of a life permeated with pain, suffering, and torment. His inevitable fall, ending the reign of terror, has sealed his fate as a man immortalized to cowardice–his hanging body, lifelessly swaying, confined, condemned.