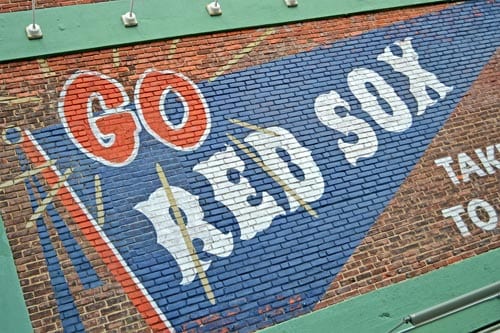 The Red Sox traded the infielder to the Chicago White Sox

“There is no way we are not a better team with Kevin Youkilis,” White Sox first baseman Paul Konerko said. “He is just too good of a player and has been through all the wars and is still relatively a young guy. We just have to keep him on the field. If that is the case, it could be one of the bigger steals of the season.”

Sunday’s game was the perfect ending to Kevin Youkilis’s career with the Red Sox. It began when he stepped up to the plate in the seventh inning. With two outs and a runner on first, Kevin Youkilis hit what appeared to be a fly ball to right-center. However, with an error in the outfield for the Braves, Youkilis slid into third base with an RBI triple. Youkilis saluted the roaring crowd of 37,565 fans and walked into the dugout where he was engulfed by his teammates that had just heard the news of the trade.

Although Boston will miss Kevin Youkilis, the reasons behind the trade are clear. With Youkilis gone, Adrian Gonzalez has been taken out of the outfield and is now the full-time first baseman. In Gonzalez’s last five games, all at first base, he is 7 for 20 with three walks. Since coming off the disabled list, Cody Ross has been in right field for the fifth straight game and is 7 for 22 with six extra-base hits and 10 RBIs. As the Red Sox knew keeping Ross in the outfield made sense, Ross’ return contributed to the trade.

However, what ultimately pushed Kevin Youkilis out of the locker room was Will Middlebrooks’ play at third base. The rookie has 34 RBIs in 41 games, and as general manager Ben Cherington said, he has earned the right to play every day.

“Middlebrooks needs to be in the lineup.  That’s pretty clear,” Cherington said.

The Red Sox have won seven of their last eight games and are over .500 for the first time this season at 38-34.

Although Boston is sad to see Kevin Youkilis go, baseball still goes on without No. 22 in the lineup as the Red Sox will battle the Blue Jays tonight at Fenway.