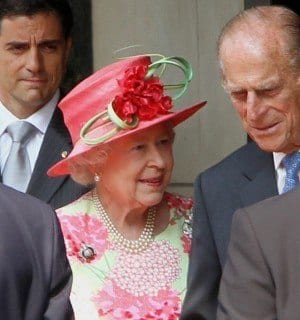 Katie Couric interviewed added guests, Prince Andrew, Princess Beatriz and Princess Eugenie as well as members of the Queen’s staff, all offering insight on personal observations of the queen behind the scenes.

During the interview, Couric interviewed the princes separately offering insight to their grandmother’s personality. Prince William said his grandmother is “chatty when she wants to be.”

Prince Harry calls the Queen, “Granny” and jokingly asks Couric, “What do you call yours?” The prince goes on in describing the Queen as, “very normal, very relaxed.”

“When we were young it was very easy to take our grandmother for granted…It’s only really sort of been over the last sort of five, eight, to 10 years that I’ve actually really learned to sort of understand and accept the huge deal that she is around the world, especially within the U.K.”

Prince William also talked about the vital role his grandmother played in planning his wedding to the Duchess of Cambridge. Prince William explained to Couric, “she said, ‘don’t be ridiculous. Get rid of the list and start with your friends.’”

As for the mark, the Queen has left on these boys, Prince Willam states, “Hopefully, I can try and do her some kind of justice…she set an incredible example for me, for others, to follow. Her incredible leadership, her duty, her sacrifice. She was a young woman in a man’s world, carving her own way through life.

As the interview progressed on, Couric and the two young princes talked about future plans on having kids. Prince William and Catharine are “very keen to have a family.” In a surprising statement from the former party-boy Prince Harry, “I’ve longed for kids since I was very, very young…I’m waiting to find the right person, someone who’s willing to take on the job.”

William tells Couric, “behind closed doors, she’s our grandmother, it’s as simple as that…As I learned from growing up, you don’t mess with your grandmother.”

Previous ArticleiPhone 5 parts leakNext ArticleZombie apocalypse: could it actually be a reality?