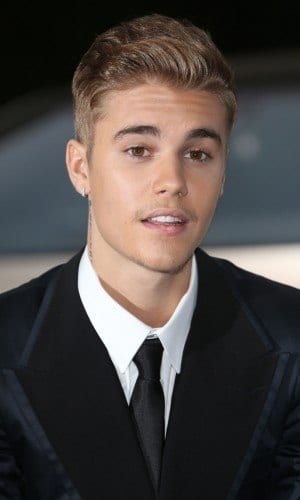 Although Justin Bieber has made headlines for all the wrong reasons in recent months, the 20 year old singer-songwriter was recently acknowledge for his charity work after he was awarded the Champ of Charity honor at the Young Hollywood Awards this past Sunday.

Bieber made his appearance about halfway through the show and was escorted by his manager, Scooter Braun when he found his seat among the crowd.

Australian pop singer, Cody Simpson presented the award while a video montage highlighting Bieber’s work with the Make-A-Wish foundation played in the background.

“Someone asked me backstage and they said, ‘What’s it like to give?’” Bieber said in his acceptance speech. “And I didn’t really know what to say, but now I know it’s so much better than receiving,” he added.

After receiving the award, Bieber beckoned to Make-A-Wish recipient, Grace Kesablak. Attending the awards was part of her wish and she approached the stage glowing in a pink gown.

Bieber handed her the award and lifted her up smiling as the crowd cheered.

Bieber left the award show following his acceptance, but Kelsablak and her guests remained for the rest of the show.