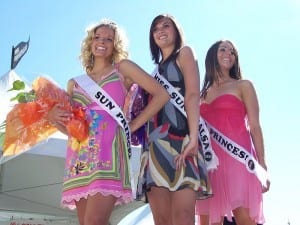 Her father thinks the show is bizarre, and urges parents not to be naive.

JonBenet Ramsey, the child beauty queen, was murdered 15-years-ago. She would have been 21-years-old if she were alive today, but instead, her image is frozen in time as the porcelain doll who performed in pageants with full makeup.

Her father, John Ramsey, wishes now that JonBenet Ramsey had never participated in those pageants. He remembers Jon Benet Ramsey as a little bit of a tomboy, running around in shorts and a t-shirt with her hair kind of scruffy.

That isn’t the way the rest of the world saw JonBenet Ramsey after her murder in 1996.

The photos that circulated were of a very grown-up looking JonBenet Ramsey. The images troubled many people who thought she was too young to have been paraded around in full makeup and dressed like an adult.

Despite the controversy surrounding her death and the photos of her in the pageant circuit, child pageants have become even more popular in the past years. John Ramsey, who will appear with Anderson Cooper on March 16, is now speaking out about the popularity of shows like TLC’s Toddlers & Tiaras, calling it “bizarre.”

“I don’t know. But I think my advice for a parent is just to recognize that regardless of where you live, there could be evil around you. And don’t be naïve about it. And keep your kids protected,” John Ramsey said.

John Ramsey said he remembers a few days before JonBenet Ramsey died. They had put JonBenet Ramsey in the Christmas Day parade in their city, sitting on the back of a convertible waving to the crowd. Her grandmother later told him that a “strange man” had approached the car during the parade, and it made her uncomfortable.

“I think about these things now and it makes me cringe. We were so naïve. I now believe with all my heart that it’s not a good idea to put your child on public display,” John Ramsey said.

The strange murder of JonBenet Ramsey remains a mystery. Although a man named John Mark Karr came forward admitting to the murder a few years ago, his name was quickly cleared, and the case remains unsolved.

Everyone in the Ramsey family, especially John, was a suspect in the murder, but after 12 years the Boulder district attorney cleared the Ramseys of all wrongdoing in JonBeney Ramsey’s murder.