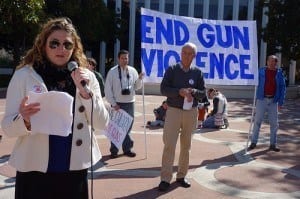 The latest instance of gun violence in America

John Zawahri shot a dozen people last Friday and a lot of us probably didn’t even notice. On the afternoon of June 7, John Zawahri killed his father and brother in their Santa Monica, Calif. home then proceeded to take his violence outside, ending with his death at Santa Monica College.

John Zawarhi’s attack has wounded four people and claimed the lives of six others, the most recent passing away after complications on Sunday. Nearly every news report has labeled this latest case of gun violence as a “rampage.” While the entire case history and John Zawahri’s motivations are still unclear, law enforcement officials are beginning to piece Zawahri’s history together.

Those that knew 23-year-old John Zawahri paint a familiar picture from past shooting perpetrators, the same horrifying TV show that is replayed over and over again on an unending loop. A friend of John Zawahri’s family told the Los Angeles Times, “John had a fascination with guns. We were all worried about it.” She spoke fondly of Zawahri’s mother but said that her son was “crazy.”

As in many similar stories, investigators are wondering where John Zawarhi got the weapons used in the attack. At the end of the violence, police shot John Zawarhi dead and found weapons on his person and in his bag including a handgun, an AR-15 semiautomatic rifle and 1300 rounds of ammo.

It hasn’t even been a year since the movie theater shooting in Aurora, Colorado, and America has already seen scores of mass shootings and violent attacks; among them are the Newtown, Conn. school shootings and the Boston Marathon bombings.

Liberal Americans cry out for stricter gun control while conservatives say that the guns aren’t responsible for these deaths and injuries, but rather our inability to properly identify these mentally disturbed individuals is.

A study of mass shootings was conducted by the “Mayors Against Illegal Guns,” studying gun violence in America from January 2009-January 2013. The study “did not find evidence that any of the shooters were prohibited from possessing guns by federal law because they had been adjudicated mentally ill or involuntarily committed for treatment.”

“Mayors Against Illegal Guns” found that 7% of these incidents indicated that the shooters’ mental health had been a prior issue of concern from doctors, teachers or other legal authorities. John Zawahri also falls in this category.  A few years ago John Zawahri was hospitalized for mental health issues, allegedly talking about harming someone. Police also had a run-in with Zawahri in 2006, but since he was a minor at the time they have not shared the details.

Despite mental health issues along with a troubled and possibly abusive home, John Zawahri still managed to get his hands on an assault rifle. People who knew him had their suspicions about John Zawahri and he still had a deadly weapon in his possession that ended the lives of six people and violently altered the lives of those that knew them.

The Santa Monica violence is another regrettable mass shooting to add to America’s growing career belt. Gun owners don’t want their freedom infringed upon, which is an American virtue that is understandable and respectable. Gun advocates in the NRA don’t want to lose their right to keep and bear arms.

But Americans against gun violence don’t want to take anyone’s rights away; they just want to keep their own right to live.