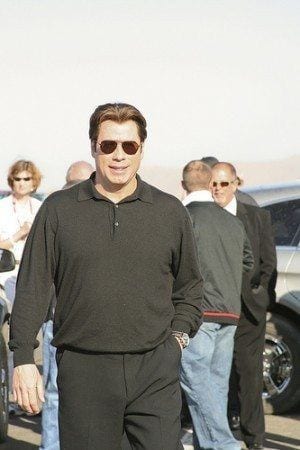 “Victim” number three has been identified

John Travolta is in hot water for the third time with another sexual assault suit surfacing. This time, the victim claims that John Travolta offered him money in exchange for sex on a Royal Caribbean cruise during a massage. This third alleged victim is the first to be identified.

John Travolta reportedly offered Fabian Zanzi $12,000 in 2009 to have sex. Zanzi said, “He hugged me and asked me to do a massage.”

Earlier in the week, John Travolta was hit with a $2 million civil lawsuit by two anonymous masseurs. MTV reported that these allegations are “a complete fiction and fabrication.” Marty Singer spoke on Travolta’s behalf, “None of the events claimed in the suit ever occurred. The plaintiff, who refuses to give their name, knows that the suit is a baseless lie. It is for that reason that the plaintiff hasn’t been identified with a name though it is required to do so.”

Singer also said of Zanzi, “This individual is simply hopping on the bandwagon to get his 15 minutes of fame by coming up with a story for the first time with something that supposedly happened over three years ago. Nobody has ever heard from this guy before. No lawyer has contacted us.”

However, MTV reports that one of the John Does was advised to preserve any hotel surveillance tapes from the night of the alleged incident. An unidentified source close to the case said, “The surveillance video will be crucial evidence in the case because it shows Travolta going to the spa the next day after it is claimed the incident occurred, looking for the masseur, because he wanted to see him again, which all detailed in the lawsuit. Travolta was told the masseur wasn’t available and he left. The masseur was extremely upset when he left Travolta’s room, which would have been captured on the camera in the hallway as well.”

John Travolta has been fighting rumors that he is gay for years, and these recent allegations aren’t helping his straight image.

The suit filed is 14 pages and charges John Travolta with assault, sexual battery and intentional infliction of emotional distress.