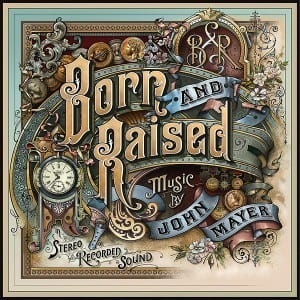 You had noticed he’s been gone, right?

John Mayer is back.

He’s been avoiding the press for about two years. Hadn’t you noticed?

John Mayer commented on his 2006-07 relationship with Jessica Simpson in a 2010 interview with Playboy. He told the magazine:

“That girl, for me, is a drug. And drugs aren’t good for you if you do lots of them. Yeah, that girl is like crack cocaine to me… Sexually it was crazy. That’s all I’ll say. It was like napalm, sexual napalm…”

Also in 2010, John Mayer publicly spoke about his failed relationship with Jennifer Aniston, blaming their breakup in part on his tweeting habits.

“She saw my involvement in technology as a courting distraction. And I always said, “These are the new rules.”… I’ll always be sorry that it didn’t last. In some ways I wish I could be with her. But I can’t change the fact that I need to be 32,” John Mayer said in that interview.

After those two explosive interviews, John Mayer decided to take a couple years off and spent some time maturing in Bozeman, Mont. Tuesday, John Mayer told Ellen Degeneres about his hiatus and the time leading up to it.

“It was a very strange time and it sort of rocketed me into adulthood. It was a violent crash into being an adult. For a couple of years it was just figuring it all out, and I’m glad I actually stayed out of the spotlight. Because I think back then I would of said, ‘Give me two weeks or let me get out and do Ellen and let me explain myself.’ It was like, ‘No, idiot. Go away and be 33 and 34 instead of 28 for the fourth year,” John Mayer told the talk show host.

On his choice to move to Montana, John Mayer said, “The question ‘Why Montana’ is the answer,” he said. “Why not be happy after awhile? You get to a certain age where you prepare yourself to be happy, sometimes you never remember to actually get happy. So I remembered how to get happy.”

It would appear that John Mayer is stepping back into the limelight to reestablish himself in the music industry, and what better way to do that than with a new album? The newest album by John Mayer, Born and Raised, will be released May 22. This will be his first album since Battle Studies in 2009.

John Mayer had to scale back promotion for the new album and cancel some shows in March after some vocal cord issues. He told Ellen that the problems weren’t a health concern, but he explained the somewhat graphic details of the procedure.

Oh John. You can outgrow your Shadow Days, but apparently you can’t outgrow “TMI.”