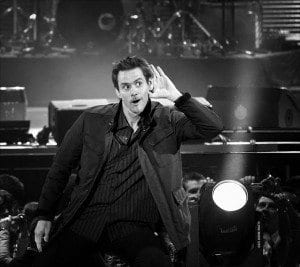 “No way! That’s great… We’ve landed on the moon!” Jim Carrey and Jeff Daniels supplied the world with stomach-aching laughter in their 1994 movie Dumb and Dumber that has become one America’s favorite comedies. Three months ago, director Peter Farrelly confirmed that Jeff Daniels and Jim Carrey would reprise their roles as Harry and Lloyd in the highly anticipated Dumb and Dumber sequel.

However, Jim Carrey devastated his fans and the country when he back out and decided to step down from the film. Carrey was frustrated with New Line and Warner Brothers who “showed a lack of enthusiasm regarding the project,” said Carrey.

Although it has yet to be decided whether or not the sequel will go on without Jim Carrey, the film will not be the same without the 50-year-old actor. The bust of the Dumb and Dumber prequel may be a glimpse of what the sequel will be now that Jim Carrey has backed out. Neither Jim Carrey nor Jeff Daniels were in the prequel, When Harry Met Lloyd, and both characters were played by different actors.

Peter Farrelly added, “Jim was busy, but he called and said, ‘We’ve got to do this thing again.’ He had just watched Dumb and Dumber and he said, ‘This is the perfect sequel. Let’s do it.'”

Unfortunately, Jim Carrey changed his mind about the Dumb and Dumber sequel and felt the New Line and Warner Brothers were not taking the film seriously enough. So, looks like we are going to have to stick to watching Harry and Lloyd travel “someplace warm; a place where the beer flows like wine; where beautiful women instinctively flock like the salmon of Capistrano; I’m talking about a little place called Aspen.”