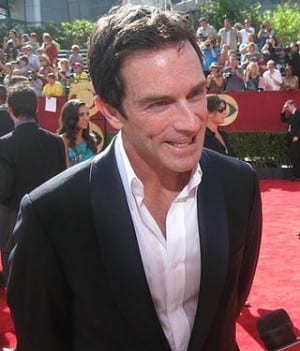 Radar Online reports that Probst married his girlfriend of more than two years, Lisa Ann Russell, on December 5. Probst and Russell tied the knot in a private ceremony at home in Los Angeles.

This is the second marriage for both Probst, 50, and Russell, 40. Russell was previously married to Mark-Paul Gosselaar.

Probst is best known as the host of the long-running CBS reality show “Survivor.” The finale of “Survivor: South Pacific” will air on December 18. Probst’s new talk show will premiere fall 2012.