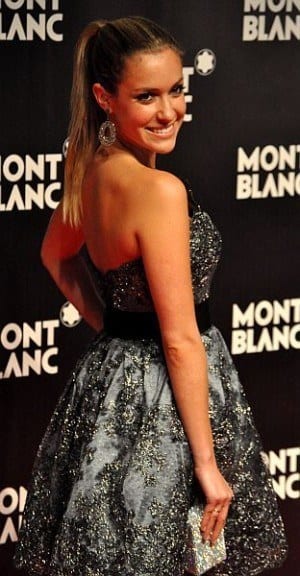 Reality star Kristin Cavallari has tweeted that her engagement with Chicago Bears quarterback Jay Cutler is officially back on.

On Wednesday, “The Hills” star tweeted, “This time its official…Jay and I are engaged again :).”

The couple was engaged earlier this year, but in July, after 10 months together, the couple unexpectedly split, going as far as returning wedding gifts already purchased from their registry.

Fans were thrown off once more in October, when Cutler, 28, made a surprise appearance at “Dancing With the Stars,” while Cavallari, 24, was a contestant. In the past few weeks, the couple has slowly become public again. On Nov. 11 Cutler tweeted, “Dinner date night with @KristinCav. She loves her creamed spinach.”

Rumors of a renewed engagement arose weeks ago, but this is the first confirmed report.