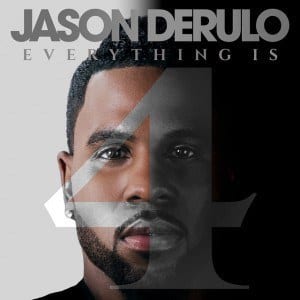 Jason Derulo is joining the list of unexpected but welcomed collaborations, and I’m not upset. Joining the list with Run DMC/Aerosmith, Nelly/Tim McGraw, Jack White/Alicia Keys, and recently Kanye West Rihanna/Paul McCarthy he’s making musical magic. Released on Tuesday (May 19th) Derulo created a funky upbeat style song titled “Broke” with Stevie Wonder giving a harmonic contribution (literally on a harmonica) and occasionally lending his melodic vocals while Country star Keith Urban does one of the many things he does best, jamming on his guitar and possibly a banjo. The song sounds to be an anthem about a woman who was a gold digger. So what does Derulo say to this woman who is only into a man for financial gain? He’d rather be broke. Other artists said to also be doing collaborations and having cameos on his new album “Everything is 4” that’s due to be released on June 2, are ones such as Jennifer Lopez and Meghan Trainor. With “Want to Want Me” steadily climbing the Billboard Hot 100 list since its release and “Broke” being everything right now. “Everything is 4” is well on its way to being the summer jam album of the season. Everything is 4 is available for pre-order on iTunes here.