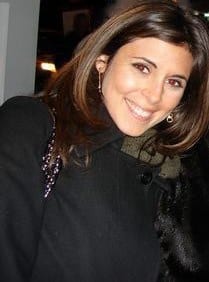 The 30-year-old actress Jamie-Lynn Sigler and 22-year-old baseball player have been Tweeting affectionate messages to each other and posting pictures of themselves together online. Sources confirm that the actress has been dating Dykstra “for a few months, and things are going really well,” a source said, adding, “I haven’t seen her this happy in a long time.”

The couple met through mutual friends Nick Swisher, who plays for the New York Yankees, and his actress-wife, Joanna Garcia, who is a close friend of Jamie-Lynn Sigler.

“Sad morning, had the best week in fla but now back to LA to start work on our pilot! Keep kicking ass @CutterDykstra miss u already :(” Jamie-Lynn Sigler tweeted last week.

Dykstra immediately responded, “@JamieLSigler had an amazing time with you, I miss you so much. The last week flew by. Have a safe flight and kick ass on the pilot, so happy for you.”

The pilot he’s referring to is Jimmy Fallon’s Guys With Kids, previously referred to as DILFs, a family comedy that centers around three men in their 30s and their lives as parents.

Cutter is the son of former New York Mets and Philadelphia Phillies baseball player Lenny Dykstra who was sentenced to three years in state prison earlier this month.