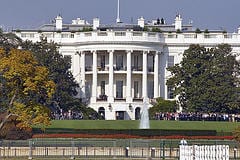 Jack Lew, current chief of staff for President Barack Obama, will be nominated by the President Thursday to serve as the nation’s next treasury secretary. If his nomination is confirmed by the Senate, Lew will replace Timothy Geithner, the current treasury secretary who is expected to step down later this month.

Lew, according to White House sources that spoke with ABC News, was the only person under serious consideration for the job. Over the last two years he has played a key role in negotiations with Congress on tumultuous issues such as the debt ceiling and the fiscal cliff. This experience was a large factor in his consideration for the job, according to ABC News, as Congress will again debate raising the debt ceiling later this year.

Lew previously served as Bill Clinton’s budget director, and held that position during the three-year period in the 1990’s where the nation saw budget surpluses. He also spent three years as a hedge fund manager at CitiGroup prior to joining President Obama’s staff.

“Jack Lew will bring an impressive record of service in both the public and private sectors for over three decades and economic expertise to this important role, and his deep knowledge of domestic and international economic issues will enable him to take on the challenges facing our economy at home and abroad on day one,” said the White House in a statement released to the media. “Throughout his career, Jack Lew has proven a successful and effective advocate for middle class families who can build bipartisan consensus to implement proven economic policies.”

But the Senate must first confirm Lew’s nomination, and the process may be rocky. Senator Jeff Sessions, R-Miss., has spoken out against Lew.

“Jack Lew must never be Secretary of Treasury. His testimony before the Senate Budget Committee less than two years ago was so outrageous and false that it alone disqualifies (him),” said Sessions in a statement he released Wednesday.