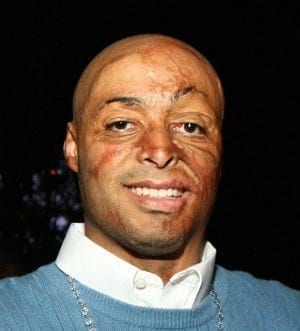 Actor J.R. Martinez was declared the winner during Tuesday’s finale of “Dancing with the Stars.”

AP reports that Martinez took the top prize over fellow “Dancing with the Stars” competitors Rob Kardashian and Ricki Lake. Martinez, an Iraq war veteran, was called “an inspiration” by host Tom Bergeron.

Before being declared the winners, Martinez’s partner, Karina Smirnoff, commented that the win would be “a perfect ending to a perfect story.”

“With everything we went through … it’s like this mirrorball would justify everything,” she said. “No matter what happens, I feel like it has been such a fulfilling experience overall. But the mirrorball trophy would make it that much better. It’s the truth.”

Lake placed third in the finale, while Kardashian placed second.

In 2003, Martinez sustained severe burns to over 40 percent of his body while serving as a United States Army infantryman in Iraq.