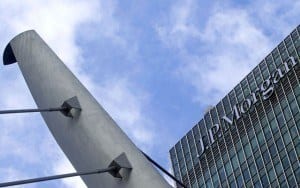 J.P. Morgan announced its $2 billion loss over the last six weeks in trade supposedly to hedge risk, along with an additional $1 billion.

Most of the attention will be focused on Bruno Michel Iksil. Iksil, known as the London Whale, is J.P. Morgan’s London Trader who is said to have made the risky investments in part of the hedging strategy. A few weeks back there was a rumor going around that the London trader was placing some risky bets and causing volatility in the markets. When Jamie Dimon, chief executive of J.P. Morgan was asked about the situation he called it, “a complete tempest in a teapot.”

Now, Dimon states the loss is attributed to “many errors, sloppiness and bad judgment…These were egregious mistakes, they were self- inflicted.”

A source told BBC, “We’re not talking about a rogue trader here. His was one trade in a big portfolio of trades. It was a global hedging strategy known by the bank but executed poorly. It failed.”

In a regulatory filling, it is anticipated that this will hurt J.P. Morgan’s earnings over the quarter. Along with other market conditions, J.P. Morgan is set to incur a net loss of over $800 million at the end of the second quarter, even with the offset of other gains.

In light of the banking crisis back in 2008, Dimon was in favor for self-regulation and deemed more government regulation unnecessary. Dimon criticized the Volcker rule, which restricts U.S. banks from making any speculative investments that wouldn’t benefit a banking institutions customer. Volcker’s rule is there to help limit federal bailouts.

Dimon simply states J.P. Morgan will “fix it and move on.” Dimon stays opposed to the Volcker rule and remains optimistic Wall Street will fix itself.