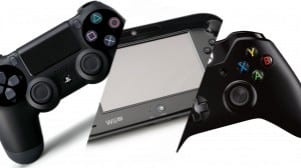 Is this the last generation of consoles? Some analysts believe that consoles are a dying breed.

Two years ago, many industry analysts were of the opinion that the console was a dying breed, and Sony was a dinosaur for putting out another. With the current gen only eight months old, are there really gamers calling for new systems already? More importantly, are the PS4 and Xbox One the last of their kind, putting an end to the multiple generations of consoles?

According to IGN, PS4’s Mark Cerny expressed his concerns that many people are beginning to wonder if this is the beginning of the end. He doesn’t agree, and thinks its “ludicrous” how many people are discussing the end of a console generation that has just begun.

However, Gamer Headlines notes that many have a point in hoping that the console generations are coming to an end. On their Facebook, someone commented: “I hope it is. Both consoles are the same. It’s just marketing that has made people believe one is better than the other. We have one with games and less hype, and one with all the hype and nothing to play. You’ve probably seen it before. Greatness awaits….and waits… and waits.”

While both consoles may have striking similarities that make it hard to decide which to buy, the range of games on both and the method in which those games are introduced are remarkably different. Sony launched right away with a pretty decent array of titles, whereas most of our hype for Xbox didn’t really get rolling until E3 earlier this year.

What do you think? Are you hoping for another console generation, or are you hoping that this is the last generation? What would you like to see in the next round of systems?