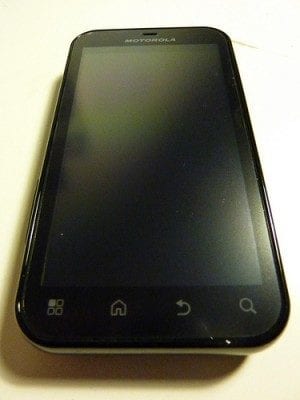 Republic Wireless customers can get the Motorola Defy XT smartphone for $99 if they opt for a $29 a month plan, instead. So why can this service provider offer lower prices than its competition?

Republic Wireless is based on Wi-Fi networks. The company does the opposite of what other service providers do by offering services over Wi-Fi networks primarily and falling back on cellular networks.

The phones work with DeviceScape to automatically connect with Wi-Fi hotspots. If none of these hotspots are nearby, phones that use Republic Wireless will switch to Sprint’s 3G network.

But are there downfalls to this? Consumer Reports found that calls are likely to drop when moving from one hotspot to another or when switching from a hotspot to 3G. Republic Wireless could determine that you are using the 3G network too much and reserves the right to drop your service if it determines this. However, the company told Consumer Reports it has yet to do this to a customer. Also, the Motorola Defy XT is the only phone Republic Wireless offers customers right now, which does not support sending or receiving MMS messages (video or picture).

Consumer Reports suggested the Republic Wireless service for people who spend most of their time in Wi-Fi hotspots or people who have older phones and might want to economically convert to a smartphone.