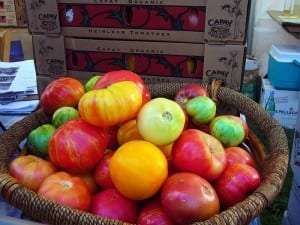 Studies suggest buying organic may not be worth the extra cash

We all see the sections in the grocery store labeled ‘organic.’ Many of us are willing to spend the extra money because the product is supposedly a bit more nutritious and safe to consume than their non-organic counterparts. Right?

Slapping the term ‘organic’ on a product may make us feel a bit better about ourselves and help to verify that we spent that extra money for a reason. But what does organic really mean? It may simply be a clever ploy to help empty out your wallet faster.

Organic foods are grown without pesticides or antibiotics. The products instead contain natural-based fertilizers which are said to be key contributors to a healthier end result.

Many consumers don’t have a problem laying down the extra cash if it means they’re less susceptible to food-borne illnesses. Organic products can cost up to twice as much as non-organic.

However, according to a study led by researchers at Stanford University, “organic products aren’t necessarily more nutritional than conventional varieties, and they’re no less susceptible to contamination from disease-causing microbes like E.coli either.”

The choice between organic and non-organic may merely come down to taste preferences. Many feel the organic foods taste a bit fresher.

Dr. Dena Bravata, senior research affiliate at Stanford, stated “When it comes to individual health, there isn’t much difference.” The chances of foods containing bacterial contamination are essentially the same.

Researchers did conclude that organic chicken and milk contained higher levels of omega-3 fatty acides—a healthy fat found in fish that can help reduce the risk of heart disease. However, based on the various studies, there was no concrete evidence that one group was healthier than the other.

Overall, the nutritional differences in organic vs. non-organic foods were very small.

Although organic products are produced with fewer pesticides and antibiotics, this doesn’t necessarily mean that the outcome will produce a healthier or more nutritious product.