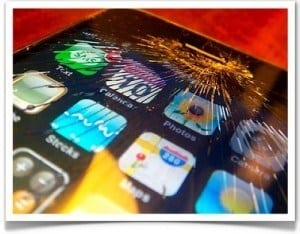 I mean, it was bound to happen someday…

On July 11 a Chinese woman was electrocuted by her charging iPhone and died.

The body of the 23-year-old woman by the name of Ma Ailun was found that day with signs of electrocution. Her family claims that she died as a result of the charging time bomb of a phone. She was taking a bath and got up to answer her phone when she was supposedly electrocuted.

A woman who claims to be her sister posted on a social media website saying that it was the iPhone’s fault and cautions her audience when it comes to charging their phones.

“I hope that Apple Inc. can give us an explanation,” she wrote. “I also hope that all you will refrain from using your mobile devices while charging.”

While it isn’t certain that the iPhone or the fact that it was charging was what caused Ailun’s death, Apple released a statement encouraging the investigation of the incident.

“We are deeply saddened to learn of this tragic incident and offer our condolences to the Ma family,” Apple said. “We will fully investigate and cooperate with authorities in this matter.”

It isn’t known whether the phone was an iPhone 5 or an older model. Along with that, a slew of uncertified chargers have recently taken to the market, so it is unknown as to whether Ailun was using a certified charger. Her family claims that she was using genuine Apple parts.

A few years ago, however, there were a few incidents of iPhones simultaneously exploding. Three iPhone users from Australia, France and Brazil claimed their phones began to smoke and emit sparks. While the battery was put to blame for those incidents, who knows what could be the cause of this tragedy.

Until the mystery is resolved, I’d say don’t use your electronic, charging phone right after you get out of a wet, highly charged bathtub full of water.