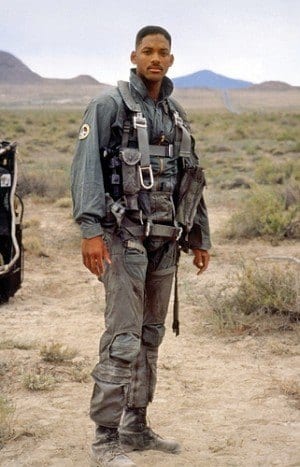 In an attempt to save face director Roland Emmerich told reporters “Will Smith can not come back because he’s too expensive, but he’d also be too much of a marquee name. It’d be too much.” (Correct me if I’m wrong, but big-budget action stars are usually what make these types of movies box office gold, no?)

Will Smith starred in the original “Independence Day” which was released in 1996. Since then he has become an A-list actor and recording artist, even garnering Academy Award nominations for “Ali” and “The Pursuit of Happyness.” Despite the fact that the “Independence Day” sequel will most certainly have an outrageous budget (given that its predecessor has made nearly $1 billion and is one of the top-grossing films of all time), the studio apparently can’t match the $20 million + paycheck that Will Smith now commands when starring in a film.

There is no word on when the Independence Day sequel will be released, but Emmerich confirmed that the majority of the original cast (including Bill Pullman and Jeff Goldblum) will be returning. Plot details are also scarce, but it is known that the movie will take place 20 years after the original and that D.C. will be the intended target.

It’s hard to imagine an “Independence Day” sequel without Will Smith. Who else will lead the film in punching aliens and welcoming them to earth (or “Earf” if you are to believe Google search)? Let’s just hope it isn’t Vin Diesel.