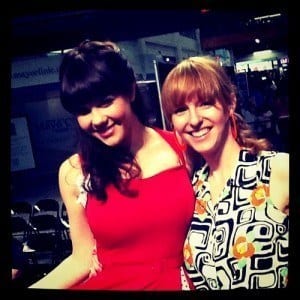 See what he did

After pleading no-contest, Hugh Hefner’s son Marston Hefner has been sentenced to a 52-week domestic violence program after he allegedly beat his Playboy Playmate girlfriend Claire Sinclair last month. The son of the magazine publisher and founder of the Playboy enterprises is in hot water and the judge even ordered him to stay away from Sinclair.

Marston Hefner spoke of his standards in women during a GQ interview back in 2008, “I’ve just been around really hot women my entire life, so the average high school girl won’t do it for me.” It seems Sinclair met his standards but that wasn’t everything he hoped.

Sinclair, 20, was named the 2011 “Playmate of the Year” and was shown with a bruise on her arm in a photo on the TMZ website. Hugh Hefner’s son, 21, and Sinclair were living together at the time of the incident in their Pasadena apartment. TMZ took the photo while Sinclair was gathering her belongings after being given a 5 day stay-away order.

Hugh Hefner’s son Marston reportedly kicked Sinclair and punched her in the stomach.  . Sinclair said she wouldn’t press charges if Martson issued a public apology and submitted to psychiatric help. Police responded to the abuse from a worried call made by Sinclair’s family.

Upon sentencing Hugh Hefner’s son has since cancelled all photo shoots and upcoming appearances for Playboy magazine. Marston was also facing a charge of vandalism for supposedly wrecking Sinclair’s laptop but those charges were dropped.