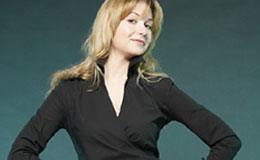 Oh, AskMen.com, you never fail to simultaneously offend and entertain us.

The men’s advice site claims to help educate and entertain its 10 million monthly readers. While I don’t think that it helped me — aside from providing me a topic about which to write — it certainly did “educate” and “entertain” me.

The article that entertained me the most was this gem: Top 10 Ways to Attract Hot Women.

I’m not sure whether or not I’m breaking some code by reading it (because I’m not sure whether I qualify as a “hot” woman or a “regular” woman), but I felt I owed it to ladies and guys everywhere to see whether the advice this site doles out is actually worth anything.

Turns out, it’s not.

In response, I have decided to help and educate the poor, confused, lonely men at AskMen, and perhaps correct their ridiculous list. If you are one of AskMen’s 10 million monthly readers you should probably pay attention too. Maybe you’ll be able to see why this list has only gotten three Diggs and nine retweets.

According to AskMen, women are incredibly competitive, and hot women are far more competitive than “regular” women. (Their words, not mine). So how do you attract the attention of a hot woman? Date a bunch of women at the same time, of course! She won’t be able to resist the challenge of trying to win your affections!

Although it’s refreshing to find such an unabashedly close-minded attitude towards women on the Web, I have to step in and say that dating a bunch of women at once while trying to win the affections of one woman in particular will, more than likely, result in a disinterested woman.

Sure, humans, not just women, are competitive by nature, but having a bunch of girlfriends will just result in the “hot” one losing interest. She’ll either think you’re taken and, thus, out of reach, or she’ll think you’re a player and will avoid you at all costs. The women I know, including myself, will automatically lose interest if you have a track record.

AskMen asserts that the quickest way to cause a woman to lose interest in you is to let her know too much about you too early on. Being mysterious and keeping parts of your life and yourself hidden will ensure that she will stay interested. “She’ll be way more impressed (and new sparks of attraction will fly) when she ‘discovers’ them on her own.”

As much as it pains me to say it, the contributor is on to something with this tip.

The site argues that if you share too much it “may also prove to her that you’re not the kind of man she wants to be with.” Yes, that is a definite possibility. But, if you’re not compatible, wouldn’t you rather find out early on? Unless you’re only interested in having a hot chick as arm candy, as this contributor seems to be, then being a “man of mystery” probably isn’t the best approach to take.

This tip hearkens back to a simpler time, when guys always held open doors for women and pulled out their chairs for them. Sure, it may come across as old-fashioned or corny, but making little gestures like this will “set you apart from 99% of other guys.”

Once again, I find it hard to argue with this tip. I’m a firm believer that chivalry isn’t dead, — it’s just been hiding because it thinks women like jackasses. The truth is politeness and manners go a long way.

Making a chivalric gesture, like giving her your jacket when it’s chilly, goes a long way when it comes to making an impression. As long as you are sincere, and not trying to just do the bare minimum, being a gentlemen will undoubtedly prove you aren’t like the other guys she’s known.

For AskMen, being a creep involves becoming possessive or even obsessive about a woman. Flipping out because she didn’t text you back or because you think she’s looking at other guys is undeniably creepy and something that “hot women are constantly dodging.”

To ensure that you don’t act lie a creep, act as though “you’re too busy to care” and “when you lie back and stay cool, she’ll assume you’re busy with other women.” Surely that will make you the opposite of a creep, right?

Let me see if I understand. In order to not be a creep you should act like your too busy to notice what she does and lead her to assume that you’re busy with other women. Huh.

AskMen and I must have differing definitions on what a “creep” is, because that advice sounds exactly like something a creep would do. It’s true that freaking out over missed texts and wandering eyes can comes off as possessive and obsessive, but the solution is not to act like you’re too busy with other women to care — if anything, that will only increase your creepiness. If you don’t want to be a creep, then don’t follow AskMen’s advice.

A sure way to impress? Plan everything out in advance and don’t let her have any input! Rather than discussing where you should go, what you should do and what time you should meet, decide it ahead of time and then tell her what you’ll be doing. “Let her be blown away by the way you’ve planned for every possible contingency and have taken care of every little detail.”

I love the AskMen assumption that women can’t make decisions and that we need a man to give us some direction. Although it can be exciting and romantic to have an extravagant date planned out ahead of time, it could also frighten and annoy your love interest.

What if she doesn’t want to see the movie you want to see, or eat at the restaurant you like? Not only will that put a damper on the evening, it could also make her feel like her opinion isn’t wanted or important.

Save the elaborately planned dates for later on in the relationship when you both have a better understanding of the other’s interests and after you’ve proven that you do care about her opinion and what she wants to do.

Women, especially “hot” women, are used to the dinner and a movie date night. Sure it can be fun, but it’s also been done to death. Getting creative with your dates will ensure that she stays interested and excited to go out with you.

Using the same old pickup lines and the same old introductions can make a woman lose interest immediately. You won’t stand out in the sea of faces around her; in fact, you might just solidify your “creep” status. Finding a new way to approach a woman will definitely pique her interest.

You don’t appreciate what you don’t work for, so to make a woman appreciate you make her work for your time. In fact, “be unpredictable and a bit hard to please” because “[t]he more work she puts in, the more she’ll ‘want it.'”

I also love AskMen’s attitude that being a jerk will make your woman appreciate you. It seems to me that we are, once again, getting dangerously close to “creep” territory. It’s one thing to be nice and helpful, and it’s another to be used.

If you get the impression that a woman is only keeping you around because you’ll do things for her, then you should definitely plan your escape. But if you have a healthy relationship of give and take, then don’t screw it up by being difficult and hard to please. Making her “work for it” will either give the woman the impression that you are using her or it will lead her to believe that you are toying with her.

Don’t be afraid to make the first move. Being confident and assertive will impress her and “it’ll prove to her that you’re the type of confident, powerful man she’s looking for.”

Although we live in a world where men and women are equal partners in relationships, there are a few concepts that refuse to die. One of the major ones is that the guy always makes the first move, and this is one you should definitely embrace and employ. If you act aloof and hesitate it will cause her to lose interest, doubt your intentions and, in the end, just make it more difficult for you to make any move. This is a tip that AskMen got right.

“One of the biggest mistakes men make to blow it with hot women is being completely predictable.” Solution? Be unpredictable! For instance, “[d]on’t always call when you say you will.” It will drive her crazy and keep her attentive.

Every time AskMen impresses me with a tip, they immediately lose me again. Isn’t being unpredictable typically considered to be a negative trait? Here’s the honest truth guys, although women like spontaneity and keeping things fresh, they hate men who don’t follow through.

If you promise to call and then don’t you’ll only give the impression that you’re either a flake or a jerk. Why plant seeds of distrust when there is no reason to?

The best way to lose [a hot woman] is to get possessive and desperate and start calling her 10 times a day.” If you get clingy, you will no doubt lose her.

And once again AskMen gives some good advice, the best way to frighten a woman is to get clingy and possessive. But, in your efforts to not be clingy, make sure that you don’t go too far in the other direction and become distant. If you give the impression that you don’t care what she does or where she is then she’s sure to move on to someone else.

What do you think? Are you one of AskMen’s regular readers who lives by their words of (ahem) wisdom? Does AskMen have it completely wrong? Share your thoughts with us!