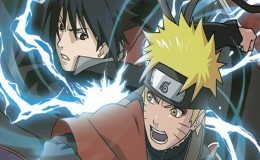 By far the best “Naruto” game ever released

The ultra popular “Naruto” anime and manga franchise is regularly compared to one of the most iconic Japanese comics ever made, “Dragonball”, and for good reason. They both feature a cast of super powered humans that never seem to die, and they both have an affinity for flashy battle scenes that last for days on end. However, for better or worst, that comparison has also extended to their video game counterparts. Like “Dragonball”, there seems to be a new “Naruto” game every other season. Some of them excel at adapting the series into the world of fighting video games, while some of them are merely cash-ins looking to exploit gullible fans.

The latest “Naruto” video game, “Naruto Shippuden: Ultimate Ninja Storm 2”, not only falls in the former category, but it could very well be the most comprehensive and faithful adaptation of the series to date. Fighting fans and “Naruto” geeks pay attention –“Ultimate Ninja Storm 2” is the game you’ve been waiting for.

Like past “Naruto” games, “Ultimate Ninja Storm 2” is all about playing as your favorite “Naruto” characters and beating the crap out of the competition. The game provides you with an extensive roster that covers all the major characters from anime (and some of the more minor ones too), and while only you directly control a fighter, you can select two companions to provide assists throughout the battle. After you select your fighter, it’s all about monitoring your energy (or Chakra), dashing and flipping while hurling ninja weaponry (like daggers or exploding strips of papers), or tossing punches and kicks in order to whittle down your opponent’s health bar.

The real game changers are your character’s special attacks. Charge up enough Chakra and successfully connect with your adversary and your character will unleash one of their unique abilities. For instance, Kakashi will attack you with an electrifying punch, while Naruto might assault you with an army of clones. Successfully executing (or defending) these attacks relies on frantic button mashing or inputting the correct sequence of buttons, so you’ll constantly have to stay on your toes.

The combat is appropriately fast, chaotic and exhilarating. Think of the more memorable fights from the “Naruto” series, like Rock Lee vs. Gaara or Naruto vs Sasuke, and that’s exactly the kind of intensity that the average battle in “Ultimate Ninja Storm 2” captures. You’re constantly on the move, running, defending, attacking or planning when precisely to unleash hell using your special attacks, and if you’re not, you can be certain that’s what your opponent is doing.

As enjoyable as the offline and online multiplayer of “Ultimate Ninja Storm 2” is, surprisingly, the real meat of the game is in its single-player, Adventure mode. You play as both Uzumaki Naruto and Uchiha Sasuke through the series’ “Shippuden” arc. Naruto is searching to rescue Sasuke from the evil that has corrupted his former friend, and Sasuke is busy plotting revenge against his patricidal older brother, Itachi.

Adventure mode consists of exploring, engaging in battles (most of which are imported directly from the anime or manga), taking on random side quests, and then exploring more until the game allows you to continue. It’s rather formulaic in theory, but the story is engaging, even if you’re not familiar with the “Naruto” series, and the allure of the next, epic battle will keep you hooked from beginning to end.

The most satisfying part of playing through the Adventure mode of “Ultimate Ninja Storm 2” is how it successfully makes you feel like you’re actively participating in an episode from the anime. This is accomplished largely due to the game’s insane graphics engine that seamlessly replicates the look and feel of the show. Characters look hand-drawn (only rendered in gorgeous high-definition), special abilities are beautifully choreographed, and all the animations are so fluid and detailed that it’s often difficult to tell whether you’re playing a game or watching the latest episode of “Naruto” on television.

Seriously, if you thought past “Naruto” games looked good, “Ultimate Ninja Storm 2” will blow you away.

I strongly recommend you tackle Adventure mode before dabbling too much with the game’s multiplayer component, which is incredibly addicting once you hop online and start challenging the world to find out who the number one ninja really is. A large number of the playable characters in multiplayer mode are locked from the start anyway, and Adventure mode is by far the easiest way to go about earning them.

If you don’t know what “Naruto” is, “Naruto Shippuden: Ultimate Ninja Storm 2” is still a solid investment. The graphics are fabulous, and the combination of its well crafted Adventure mode and its competitive, addicting multiplayer mode, guarantees hours of gameplay.

If you’re a hardcore “Naruto” fan, though, I really shouldn’t have to convince you to buy this game. Chances are you already have it and are well familiar with what I’m talking about when I say that “Naruto Shippuden: Ultimate Ninja Storm 2” is by far the best “Naruto” game ever released.