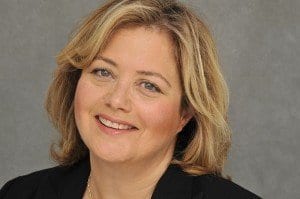 Hilary Rosen has been catching heat for her comments about Ann Romney. When speaking with Anderson Cooper on Anderson 300, about Mitt Romney’s wife’s advice to her husband on what women in America are concerned about, she said, “Guess what? His wife has actually never worked a day in her life. She’s never really dealt with the kinds of economic issues that the majority of the women in this country are facing in terms of ‘how do we feed our kids,’ ‘how do we send them to school,’ and ‘why do we worry about their future.’”

Hilary Rosen has been forced to clarify, as a way of apologizing, due to receiving so much criticism from both the left and the right. Her comments about Ann Romney were taken to mean that Hilary Rosen doesn’t think being a stay-at-home mom is a job, which, if you watch the clip in its entirety, simply isn’t true. Hilary Rosen was saying that a woman like Ann Romney, a daughter of privilege who continued her privileged life when she married Mitt Romney, cannot claim to know what the average American woman deals with when it comes to financial woes.

The comments made by Hilary Rosen made Ann turn to her Twitter in response, “I made a choice to stay home and raise five boys. Believe me, it was hard work.”

Of course being a mother is hard work; it’s a job that is underappreciated and underpaid, and most women know that. What Hilary Rosen wanted to point out was that Ann Romney does not know what it’s like to raise children and work, and to do so out of obligation, not choice. Most women in America simply cannot choose to work or raise children; they must work in order to raise their kids. Not everyone has a spouse with a well-paying job.

Hilary Rosen tried to clarify her comments, “This is not about Ann Romney. This is about the waitress, at a diner, someplace in Nevada, who has two kids whose daycare funding is being cut off because of the Romney-Ryan budget and she doesn’t know what to do. This isn’t about whether Ann Romney or I or other women of, you know, some means can afford to make a choice to stay home and raise kids. Most women in America, lets face it, don’t have that choice.”

Although Ann Romney says she can relate to most women because she has struggled in life, she can’t really. She can’t be blamed for coming from a wealthy family but her background means she can’t claim to know what it’s like to have to work to feed her children. Wanting to make a change or bring attention to women’s issues is a wonderful priority for this upcoming election, but claiming to know something you can’t know is just plain irritating.