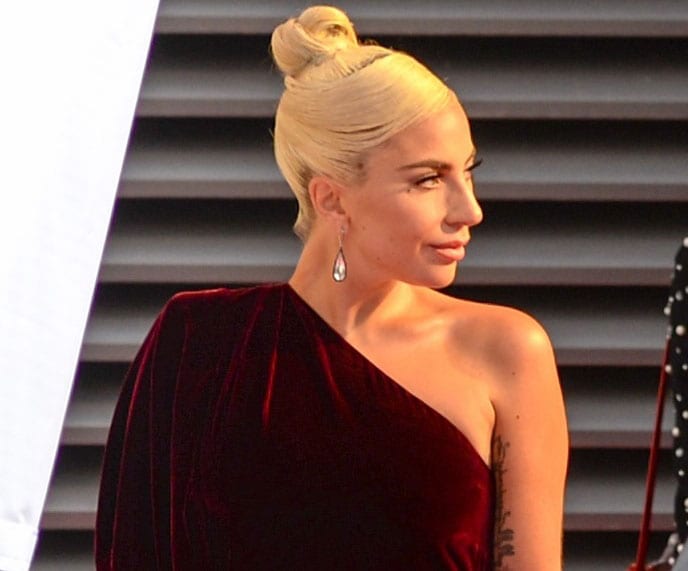 The 76th annual Golden Globe Awards honored the best films and television of 2018 on Sunday, January 6.

This year, your hosts were actors Andy Samberg and Sandra Oh, with Oh joining the small group of actors to win awards in the same ceremony that they hosted.

The show may have run 20 minutes over its allotted three-hour running time, but it was full of impassioned speeches, diversification and unexpected surprises.

Here are the night’s most talked-about highlights.

Jokes often fall flat during opening monologues. This year however, Sandra Oh managed to stir up some responses from the audience. We’re looking at you Emma Stone.

Introducing the history-making Crazy Rich Asians, Oh called out films that whitewashed Asian roles. “[Crazy Rich Asians] is the first studio film with an Asian-American lead since Ghost in the Shell and Aloha,” she joked.

The latter saw Emma Stone play a part-Asian character and explains why she shouted, “I’m sorry!” from the audience.

Sandra Oh: ["Crazy Rich Asians"] is the first studio film with an Asian American lead since "Ghost in the Shell" and "Aloha."

Shortly after, Oh redirected her efforts to Lady Gaga, referencing the actress’ go-to-interview anecdote about there being 100 people in a room “and you just need one to believe in you and that was Bradley Cooper.”

While many were upset that Glen Close bested A Star Is Born firm favorite Lady Gaga for best actress (film drama), The Wife star earned a standing ovation for her emotional speech.

Close paid tribute to other nominees in the category, including Gaga, Nicole Kidman, Melissa McCarthy and Rosamund Pike, before thanking her own mother as she discussed the film’s themes of gender inequality.

The actress said: “Women, we’re nurturers, we have our children, and our partners if we’re lucky enough, but we have to find personal fulfilment, we have to follow our dreams, we have to say ‘I can do that’ and I think we should be allowed to do that.”

The only Globe A Star Is Born picked up was for best original song. In an unannounced appearance, Taylor Swift presented Gaga with the award for Shallow, the No.1 duet between Gaga and Cooper.

Oh’s tearful speech at the top of the show earned her even more adoration on Twitter, as she touched on the diversity of this year’s nominee pool.

“I said yes to the fear of being on this stage tonight because I wanted to be here to look out into this audience and witness this moment of change,” she said.

“Trust me, it is real. Because I see you. And I see you. All these faces of change. And now, so will everyone else.”

This year, the Globes seemed light on politics. That was, until Christian Bale accepted his award for best actor in a comedy or musical, for political satire Vice.

“Thank you to Satan for giving me inspiration for playing this role,” he said about his character Dick Cheney.

While some found the joke tasteless, the comment earned recognition from the Church of Satan itself, which wrote on Twitter: “To us, Satan is a symbol of pride, liberty and individualism, and it serves as an external metaphorical projection of our highest personal potential. As Mr. Bale’s own talent and skill won him the award, this is fitting. Hail Christian! Hail Satan!”

To us, Satan is a symbol of pride, liberty and individualism, and it serves as an external metaphorical projection of our highest personal potential. As Mr. Bale's own talent and skill won him the award, this is fitting. Hail Christian! Hail Satan! https://t.co/ILuK8TFZXi

In a popular win, Regina King accepted best supporting actress for If Beale Street Could Talk.

“I’m going to use my platform right now to say that in the next two years, everything I produce … is 50 percent women.

“And I challenge anyone that’s out there who is in a position of power, not just in our industry, all industries, I challenge you to challenge yourselves and stand with us in solidarity and do the same,” she said.

While the Globes proved to be devastating for A Star is Born, the night was a big success for Queen biopic Bohemian Rhapsody. The film won best film (drama) and also saw Rami Malek win best actor for his role as Freddie Mercury.

Richard Madden won best performance by an actor in a television drama for his role in the Bodyguard and Patricia Arquette took home best performance as an actress in a limited series or motion picture made for television for her work on Escape at Dannemora.

The night also gave way to mixed opinions as Mahershala Ali won best performance by an actor in a supporting role motion picture for Green Book.

Further reading: “We Solved it!” Diversity at the Emmys