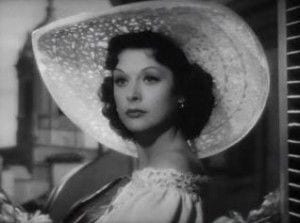 Hedy Lamarr biography details the life and inventions of the star

Hedy Lamarr became a legend in her own time, widely recognized for her acting, her beauty and her unique claim to fame — the first woman to simulate an orgasm on film. But Lamarr gave much more to the world than a climax, and a new biography gives a glimpse into the brilliant mind of Lamarr.

It was only after her death in 2000 that Lamarr began to gain recognition for her inventions and contributions to technology, namely her contribution to helping create wireless technology that has made cell phones and Wi-Fi possible. Now, “Hedy’s Folly: The Life and Breakthrough Inventions of Hedy Lamarr, the Most Beautiful Woman in the World” aims to make Lamarr’s contributions known.

What do Hedy Lamarr, avant-garde composer George Antheil, and your cell phone have in common? The answer is spread-spectrum radio: a revolutionary inven­tion based on the rapid switching of communications sig­nals among a spread of different frequencies. Without this technology, we would not have the digital comforts that we take for granted today.

Only a writer of Richard Rhodes’s caliber could do justice to this remarkable story. Unhappily married to a Nazi arms dealer, Lamarr fled to America at the start of World War II; she brought with her not only her theatrical talent but also a gift for technical innovation. An introduction to Antheil at a Hollywood dinner table culminated in a U.S. patent for a jam- proof radio guidance system for torpedoes—the unlikely duo’s gift to the U.S. war effort.

What other book brings together 1920s Paris, player pianos, Nazi weaponry, and digital wireless into one satisfying whole? In its juxtaposition of Hollywood glamour with the reality of a brutal war, Hedy’s Folly is a riveting book about unlikely amateur inventors collaborating to change the world.

Perhaps with this biography, Lamarr will now get the scientific recognition she deserves.

Order your own copy of “Hedy’s Folly: The Life and Breakthrough Inventions of Hedy Lamarr, the Most Beautiful Woman in the World” here. And read more about the life of Hedy Lamarr here.