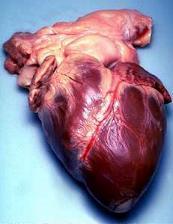 A recent study found that heart attacks patients had higher concentrations of a specific type of cell that lines the arteries in their blood when compared to patients with good health.

This clue now has the potential in the future to alert doctors when a patient might be in danger of having heart attacks. Researchers found that endothelial cells begin to buildup in patients on the verge of heart attacks and believe this is a good indicator of cardiac arrest to come.

Researchers hope to be able to commercially spread the test within the next to years but some doctors still remain skeptical, “This is an interesting observation, but it fails to demonstrate that finding these cellular patterns in blood during stable, asymptomatic phases of heart disease actually will predict the future risk of a heart attack,” says Prediman K. Shah the director of the division of cardiology at Cedars-Sinai Medical Center in LA. He continued, “That’s a fundamental flaw of the study. Maybe that will be their next study, but that’s going to be a hard study to do,” saying that a study would be hard to do requiring researchers to follow people with a potential for a heart attack rather than someone who has had one in the past.