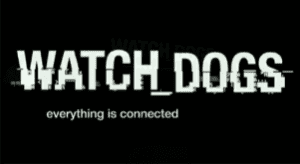 Already boasting more than four million sales, you’ve inevitably heard of Ubisoft’s newest game Watch Dogs. The free roaming not-realistic, but dangerously-realistic gives players a strange look at what our modern-day world could look like, should we allow our lives to become even more automated and digital than they already are.

Aiden Pearce is a strange character, a sort of anti-hero. But rather than accepting and embracing the role of anti-hero, Aiden is simply failing to be a hero in the true sense of the word. His motivation — and plot of the entire game — is to seek out and find the person responsible for the death of his young niece.

An accidental death that was meant to only scare Aiden into quitting the illegal hacking he had been doing, finding his niece’s killer is his only driving force he has, but unfortunately the emotional bond Aiden has for the young girl is not shared by players, nor was any attempt made to even try and connect us.

Instead, we’re left playing a game simply to experience and enjoy a new gameplay element: hacking. And it’s done well, having players access personal records, bank accounts, spy cams, and other electronics living on the cTOS system that runs Chicago. It’s typically just a push of a button that grants you access to people’s most private information, with occasional mini-games reminiscent of The Pipe Game that we all know.

The unfortunate part is that the hacking, and the city itself truth be told, lack a certain personality that could have taken the game to a whole new level. Like the hacking, the digital reincarnation of Chicago is simply just there. Lacking all the major landmarks you would have expected to see like Wrigley Field, something I was looking for in particular. Neither the city nor the hacking are done poorly mind you, it’s just that they’re shells for Aiden to exist in, lacking depth.

Instead, the depth is added in the gameplay, where — like most free roam games — dozens of events exist for Aiden to complete. There’s a great variation, too. There are gang hideouts to take down, convoys to disrupt, spycams to invade, even songs to collect from particular people walking among the crowds.

The multiplayer portion of the game feeds into this too, but isn’t a necessity to partake in once you’ve tried it. It’d be more fun if you could spy on and hack your friends exclusively, but oftentimes you’re invaded by some random nobody who hides in a car, around a wall, or, if they’re terrible at the game, right out in the open. Your job is to find out who they are by hovering your crosshair over different people to detect the intruder, then … killing them. They’re job is to try and hack you or, if they’re found, to simply get away.

Protip: If they’re in a car and you’re late finding one, just forget it. You won’t catch up.

By the end of the campaign, which is about 20 or so missions, you’ll have met some magnificent characters, taken part in countless illegal activities, and earned a reputation — good or bad depending on your play throughout the game — as The Vigilante of Chicago.

The problem is that Aiden Pearce lacks the grittiness of an anti-hero like Max Payne or The Punisher, but also isn’t a noble do-gooder like Ezio Auditore (Assassin’s Creed) or John Marston (Red Dead Redemption), good guys who are forced into questionable scenarios. Instead players will want to go into the game with a sort of respect for him, but a few hours in begin to understand that in other games your character would probably be the guy you’re out to stop.

It’s important to stress that the game isn’t bad. It’s just not quite a completed thought. The gameplay is wonderful and the driving is very enjoyable, with cars feeling very different as you use different models. The characters Aiden interacts with are enjoyable, despite the rest of the world and “nameless” NPCs being forgettable.

The most honest thing to say though, is that Watch Dogs is worth playing.

em>A copy of this game was provided for review purposes