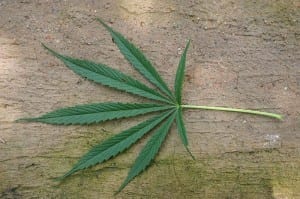 Gov. Andrew Cuomo wants to cut down the penalty for possession of small amounts of marijuana, mainly to help minority offenses. Cuomo’s goal is to alleviate the contradiction that allows private possession of marijuana but punishes any public showing of the drug.

Cuomo’s proposal is to discard the criminal tag completely and reduce charges against those in possession of 25 grams or less marijuana to a, non-criminal, $100 fine. He hopes the fine will not exceed that $100 mark for first-time offenders.

Cuomo argues the inconsistency of the law. In Cuomo’s marijuana proposal, he said, “There have been additional complications in relation to the stop-and-frisk policy where there’s claims young people could have a small amount of marijuana in their pocket, where they’re stopped and frisked. The police officer says, ‘Turn out your pockets.’ The marijuana is now in public view. It just went from a violation to a crime.”

While it is legal to have marijuana in one’s pockets and out of public view, the police search procedure automatically exposes the marijuana.

Cuomo does not support legalizing marijuana. He views smoking marijuana as a criminal act, as opposed to just having it. “I believe the society does want to discourage the use of marijuana in public, on the street. Smoking a joint, I think, is a different level of activity than just being in possession of it,” Cuomo said.

New York has not legalized medical use of marijuana, but 16 other states have since 1996, according to CNN.

In 2011, 82 percent of the arrests were made against blacks or Latinos according to CNN.

Mayor Michael Bloomberg, New York Police Department and Police commissioner Ray Kelly were criticized by City Council last year for use of the stop-and-frisk policy. And, Kelly made a substantial amount of arrests due to marijuana possession. Also according to CNN, 94 percent of the arrests for possession of controlled amounts of marijuana took place in New York City.

The Associated Press considers criminal charges against people in possession of marijuana unnecessary.