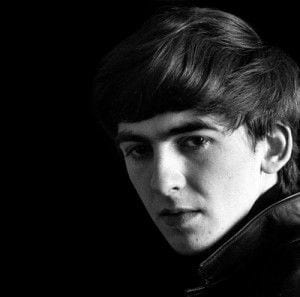 George Harrison died 10 years ago today, but his legacy as a solo performer and member of the legendary Beatles lives on.

The youngest member of the Beatles, Harrison was perhaps unfairly dubbed The Quiet Beatle, often being overshadowed by fellow Beatles Paul McCartney and John Lennon. Harrison’s incredible talent, however, began to truly blossom during the Beatles final days, as he penned the classics “Something” and “While My Guitar Gently Weeps.”

After the band broke up, Harrison released the incredible three-disc album “All Things Must Pass,” an album that firmly established himself as an incredible artist in his own right.

Harrison also organized the first rock charity concet, The Concert for Bangladesh, which was immortalized in the film and album of the same name and featured the likes of Badfinger, Bob Dylan and Ravi Shankar.

Harrison also helped fund comedy troupe Monty Python’s masterpiece, “The Life of Brian,” mortgaging his home in order to see it through. Harrison also had a cameo in the film and appeared in Eric Idle and Neil Innes’ mockumentary “The Rutles,” spoofing the career of the Beatles.

In 2001, Harrison succombed to cancer at the age of 58. Harrison’s friends, including Jeff Lynne, Eric Clapton and members of Monty Python, paid tribute to Harrison with their Concert for George. He is survived by his wife Olivia and his son Dhani, who has become a musician and singer himself.

You can view pictures of George Harrison through the years here and listen to the haunting acoustic version of “While My Guitar Gently Weeps” below.