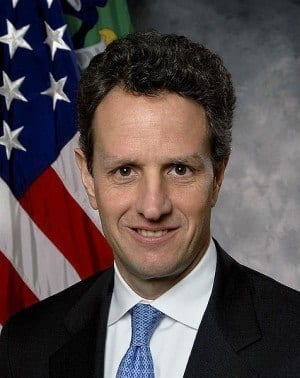 Bloomberg reports that Geithner believes that President Obama will be re-elected, but he doesn’t believe he’ll ask him to remain a member of his economic team.

“He’s not going to ask me to stay on, I’m pretty confident,” Geithner said. “I’m confident he’ll be president. But I’m also confident he’s going to have the privilege of having another secretary of the Treasury.”

Geithner, 50, has led the effort to pull the U.S. out of the current recession which included overseeing the efforts to bailout American automakers.

As the site reports, Geithner told White House officials last year that he was considering leaving after negotiations on raising the nation’s debt limit were completed.