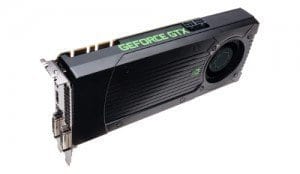 When your PC starts falling behind the technology, there’s little you can do. Upgrading to a new PC can be expensive and may be more than you need, but diagnosing your hardware brings affordability in-line with user need. Of the components that you can upgrade personally, a video card is arguably one of the most important. The GeForce GTX 660 Ti (NVIDIA) provides power, ease of use, and multiple viewing options even for those with semi-outdated processors. The inclusion of the PhysX engine allows gamers to see visuals they never knew were there and breathes renewed life into some of your older titles.

Indeed, your gaming will undergo significant visual improvement from the onset of installation. Popular games like World of Warcraft and Diablo III from Blizzard will present character detail, distant landscape intricacies, and foliage that simply don’t exist with lesser or older video cards. Even when installing this in an older PC (2.5gHz dual core, 8GB RAM) the improvements seen were markedly better and ran seamlessly. Well, as seamless as you can get with a dual-core — you won’t be playing Crysis on the highest settings, but titles like Orcs Must Die! and Torchlight II see impressive upgrades to all aspects of visual settings and game flow, regardless of the amount of mayhem on screen.

Placed in a gaming PC with good specs though, the GPU shines. Particularly impressive is the included PhysX technology that takes your normal gaming experience to new heights. Water, lighting, and basic landscape detail becomes sharper and more lifelike. Combat sequences unfold with gruesome detail to show violent battles with disgusting results. Particular games like Borderlands 2, Metro 2033, and others that you may have already experienced are injected with new life as players will see detail that was painfully absent during their original play through. Banners flutter in the wind, ricochet particles from gunfire become clear, and negotiating terrain becomes far more interesting when you can see detail that simply isn’t there with lesser GPU’s. Unfortunately PhysX isn’t a technology that affects every game, because the results are jaw-dropping. 3D display options are also available, however most gamers are still staring at that option with disappointed or, at best, inquisitive glances.

For those looking to spice up their PC, without shelling out thousands of dollars to do so, the GeForce GTX 66 Ti is a step in the right direction. While it won’t take your PC performance from dud to stud, it will certainly provide a superior viewing experience while giving you renewed interest in all the games you’ve previously played while spurring extra enthusiasm for those upcoming titles. With a retail price around $300.00 (or less), users will appreciate the ease of installation, enjoy the power of the GPU itself, and allow themselves to upgrade a key component of their PC experience at a very reasonable cost.