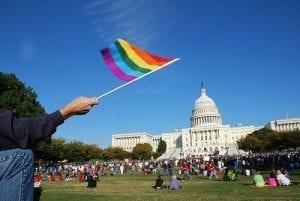 California is the first state to ban the psychotherapy

Gay cure therapy for minors is officially banned in California, making it the first state in the U.S. to rid itself of the controversial form of psychotherapy.

Gay rights groups have deemed the gay cure therapy, which will no longer be dosed to young people who identify as gay or lesbian, emotionally harmful. The form of psychotherapy is used to help those individuals “overcome” homosexuality, and often results in other mental health issues.

“This bill bans nonscientific ‘therapies’ that have driven young people to depression and suicide. These practices have no basis in science or medicine, and they will now be relegated to the dustbin of quackery,” Gov. Jerry Brown said in a statement after he signed the bill against gay cure therapy into law Sept. 29.

Democratic Senator Ted Lieu of Torrance sponsored the bill, SB1172, according to CBS News. This law, which prevents children from the psychological abuse that can come with receiving gay cure therapy, will become effective Jan. 1, 2013.

The negative effects of gay cure therapy were brought to light after several former patients claimed to have emotional scarring after being pushed into a therapy to change a sexual orientation they could not or did not want to, according to the NY Times. State and national advocates also voiced their support for banning of this treatment.

The step that California took in banning gay cure therapy is large in the movement for gay and lesbian equality, and other states like New Jersey are looking towards a similar step, said Wayne Besen, the director of the gay advocacy group Truth Wins Out.