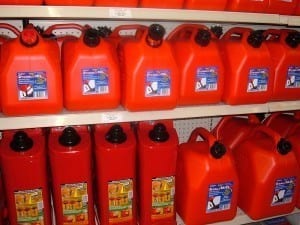 Gas sales went down 2.2 percent bringing down retail sales for April and May.

According to NPR, the Commerce Department said retail sales went down 0.2 percent in both April and May. Initially it was a reported May sales went up 0.1 percent before the revision of going back down 0.2 percent. The back-to-back decline was the first in two years. The declining Retail sales are a reflection of the slowing job market over the last three months, which could have consumers pulling back on spending.

Consumer spending drives 70 percent of the economy—the first thing the government looks at with retail sales reports. There is a fear if the job market doesn’t revive; this could hurt consumer spending in the upcoming months.

Despite the slowdown in both, gas and retail sales, April and May sales gas prices are going down. There is some prospect that lowering gas prices will drive some sort of growth in the economy—restaurant meals, clothes and appliances.

From the Associated Press (AP), it was stated gasoline prices dropped nearly 9 percent, the most in almost three years. Prices for gas have been going down since the April 6 highpoint. Currently, the national average for a gallon of gas is $3.54, according to AAA.