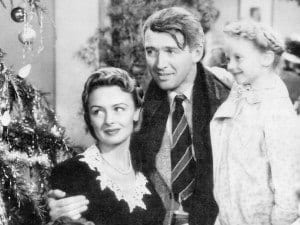 Christmas is a two-faced holiday. While some families celebrate it with merriment and apple cider, it also has a dark side and can be the most depressing time of the year. If you’ve got the holiday blues, don’t worry. Below are 10 movies guaranteed to uplift your holiday spirits and get you into a jollier frame of mind.

10. “Look Who’s Talking Now” focuses more on the lives of the pets as opposed to the Meisner-influenced performance of John Travolta and Kirstie Alley. This film could serve as a promotional video for the American Humane Society; maybe someone should have shown this film to Michael Vick before he was rehabilitated.

9. “Friday After Next”, this classic stoner flick not only is cheerfully entertaining, but also naughty enough to deserve a lump of coal. The third film in the series written by Ice Cube, it is a great film to watch while drinking spiked eggnog and sporting holiday socks with a Christmas sweater.

8. “White Christmas,” is an all-inclusive masterpiece. It’s a classic American film which brings out the holiday spirit and can remind you of the importance of friendship and appreciating the elderly. It’s tale about the importance of miracles and teamwork, coupled with an amazing soundtrack.

7. “A Christmas Story” is a comedic look at growing up in the Midwest. It’s full of iconic lessons that every drunk college student should heed – like remembering not to stick their tongues on telephone poles. Put the pellet guns down this season in favor of belly laughs. Who would think that blue-eyed and blonde-haired Little Ralphie would grow up to be an amateur CSI investigator?

6. “A Charlie Brown Christmas” is a certified classic Christmas episode which follows Charlie as he searches past the commercialized aspects of the holiday to the true meaning of the day.

5. “The Santa Clause” rounds off at number five because the phrase “It’s not a party until someone dies” rings true in this family film where Tim Allen takes over the duties of Kris Kringle.

4. “Mr. Destiny” stars hometown good ole boy Jim Belushi. You can forget about his family’s sordid past while viewing this family-friendly classic.

3. “Scrooged,” because no one loves a miser unless he’s played by Bill Murray. Watch Murray as he’s visited by the ghosts of Christmas past and present before the concept became clichéd. Rather than watch the classic version, opt for this hilarious version of Charles Dickens’ “A Christmas Carol” classic instead.

2. “It’s a Wonderful Life” The title says it all. If you haven’t seen it before, you’ll easily be able to catch it on TV. Considered one of the 100 best American Films by the American Film Institute, this film will make others realize the impact they play on others lives without even knowing it. The lesson? Good things are ahead of you; don’t give up and have hope.

1. “Home Alone” is number one on this list because there is nothing funnier than precocious Macaulay Culkin stopping burglars from his house while his parents are away on vacation.