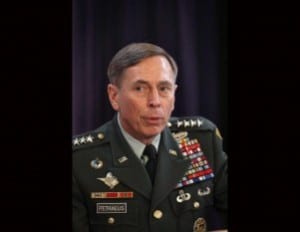 On Thursday, former CIA Director David Petraeus was sentenced to two years of probation and fined $100,000 for handing over classified material to his biographer, with whom Petraeus had an extramarital affair.

Two months earlier Petraeus had agreed to plead guilty on a federal misdemeanor of unauthorized removal and retention of classified material.

Petraeus agreed to the plea deal, which included a maximum of one year in prison, though prosecutors recommended two years’ probation and a fine of $40,000.

Judge David Keesler increased the fine to $100,000 in order to “reflect seriousness of the offense.”

According to prosecutors Petraeus gave his biographer, Paula Broadwell, eight binders of classified material he had illegally kept from his time as the top military commander in Afghanistan. Days later, he took the binders back to his house.

Petraeus retired from the US Army after serving in Iraq and Afghanistan as a four star general. He was brought in by Bush Jr. to command coalition forces in 2007.

Petraeus resigned from the CIA in November 2012.