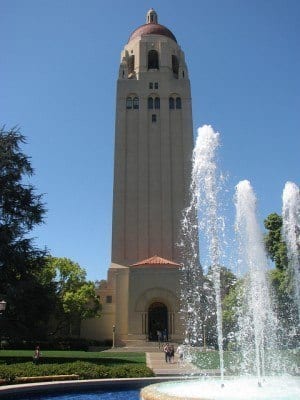 The Forbes college rankings are in and the number one spot this year goes to Stanford. So why did Stanford beat out Ivy League giants, like Harvard and Princeton? Especially since US News & World Report ranked them both as number one this year.

First off, Forbes uses a different grading system then US News. The Forbes college rankings look at what students get out of the school. Things like retention rate, graduation rate and average salary after graduation are the things that Forbes looks at.

Most other ranking lists look at what draws students to the school. They put more emphasis on high school class rankings and standardized test scores.

“We’re not all that interested in what gets a student into college, like our peers who focus heavily on selectivity metrics such as high school class rank and SAT scores. Our sights are set directly on ROI [return on investment]: What are students getting out of college,” Forbes said.

And that makes sense. Forbes is a money-focused magazine. Obviously they’re going to be more interested on a student’s ROI than in how selective a college is. In today’s world, Forbes college rankings may actually be more accurate and important to look at than any other ranking system.

So here are the top ten schools on Forbes college rankings list:

If you want to see where your school ranked, check out Forbes’s whole list at http://www.forbes.com/top-colleges/list/#page:1_sort:0_direction:asc_search:_filter:All states.