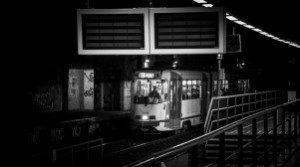 Tony Scott, director of high octane blockbusters like “Top Gun,” “Man on Fire,” and his most recent film “Unstoppable,” committed suicide Sunday after jumping from a Los Angeles bridge. Scott was 68.

According to the Los Angeles County coroner’s office, Scott jumped from the Vincent Thomas Bridge over Los Angeles Harbor at about 12:30 Sunday afternoon. Upon further investigation, a suicide note was found at the Scott residence, though the motives for Scott’s suicide remain unclear.

The younger brother of esteemed Hollywood filmmaker, Ridley Scott, Tony Scott and his elder sibling often worked together on projects. The brothers began their own production company called Scott Free Productions and have shared production credits on films such as “Prometheus,” “The Grey” and their latest effort, a TV movie adaptation of Bill O’Reilly’s book “Killing Lincoln” in the works for next year.

There is no doubt that Scott’s death comes as a shock to Hollywood, as many actors and filmmakers who have worked with Scott in the past have been expressing their condolences via Twitter in the past 24 hours. Among those expressing deep remorse for the Scott family are filmmakers Ron Howard, Jon Favreau, and Denzel Washington, whom Scott worked with on numerous occasions.

Classically seen sporting a worn, red baseball cap, Scott will always be remembered by co-workers as having a driving passion for film, an industry that allowed him opportunities to work with many of Hollywood’s A-list actors, directors and producers.

Scott leaves behind a wife and two twin sons, Max and Frank. The late director will forever be immortalized for his contribution to American cinema and the sheer fun and excitement he brought to millions of movie goers worldwide.